John Hampden was descended from an ancient and wealthy Buckinghamshire family with a long tradition of service to the Crown. The Hampdens had lived at Great Hampden (left), high up in the Chilterns, since before the Norman Conquest, and had provided Members of Parliament, High Sheriffs, and courtiers throughout the centuries.

One of Hampden’s ancestors, Sir John Hampden ‘of the Hill’, rode in the train of the English Queen at the Field of Cloth of Gold in France in 1520. Another relative, Richard Hampden, was Queen Elizabeth I’s Clerk of the Kitchen and his sister, Sybil Penn, was nurse to the future King Edward VI. John Hampden’s grandfather Griffiths, who was an MP and later High Sheriff of the county, entertained Queen Elizabeth I and her Court at Great Hampden.

Had John Hampden wished he could have purchased advancement in the court, but he chose instead to resist Charles I’s arbitrary government. As a result he earned the title, ‘Patriae Pater‘ – the Father of the People. 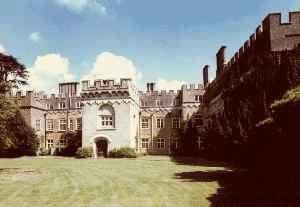 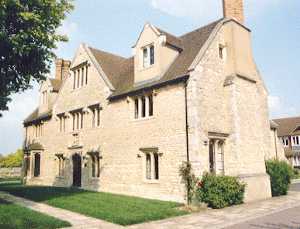 John Hampden was born in 1595, probably in London, son of William Hampden and Elizabeth Cromwell, daughter of Sir Henry Cromwell of Hinchinbrooke. Thus John and his younger brother Richard, born in 1596, were first cousins to Sir Henry’s grandson Oliver, later to become Lord Protector of England, Scotland and Ireland.

Because of Willam Hampden’s early death, when his elder son was only 3 years old, John and his brother were brought up by their mother, who sent them to be educated at Lord Williams’s Grammar School, Thame. 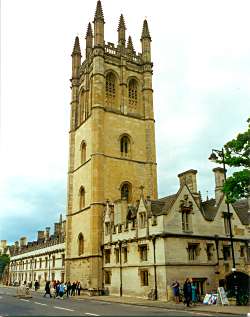 In 1609 John Hampden entered Magdalen College, Oxford, and it was probably here that he met his lifelong friend Arthur Goodwin. Together they collaborated in a book of Latin verses entitled Luctus Posthumus to mark the death of Henry, Prince of Wales in 1612, and the following year in another anthology entitled Lusus Palatini to commemorate the marriage of Princess Elizabeth to the Elector Palatine. In 1613 Hampden entered the Inner Temple to study law.

Two years after his marriage to Elizabeth Simeon in 1619, Hampden entered Parliament as Member for Grampound in Cornwall. He quickly gained the confidence of Sir John Eliot with whom he kept up a long and affectionate correspondence when Eliot was imprisoned in the Tower.
Part II – The Statesman