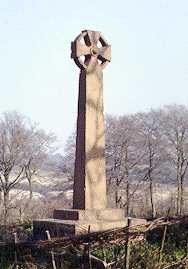 Hampden himself was imprisoned in 1626 for refusing to subscribe to a forced loan, but it was in 1635, when the Ship Money tax was extended to the inland counties, that he made his great stand against tyranny. Despite being one of the wealthiest landowners in the county, he refused to pay the levy, and was summoned for the assessment of 20 shillings on his Stoke Mandeville lands.

The case aroused great public interest and, although the verdict went against Hampden by the narrowest of margins (7-5), it was a great moral victory. The decision, wrote the historian Clarendon (a contemporary of Hampden), “proved of more advantage and credit to the gentleman condemned than to the King’s service” and the reasoning of the judges “left no man anything he could call his own”. 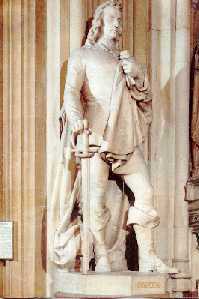 John Hampden now had a national reputation, and occupied a similar position in the eyes of many, as that of his descendant Winston Churchill exactly 3 centuries later. Because of Hampden’s stand, the King was unable to collect most of the Ship Money tax, and was forced to recall Parliament in 1640, after an interval of 11 years.

“When this parliament began”, wrote Clarendon, “the eyes of all men were turned on him as their Patriae Pater, and the pilot that must steer their vessel through the tempest and rocks which threatened it”. It was from this event that John Hampden received the title by which he has ever since been known – ‘The Patriot‘. 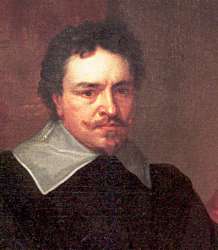 Hampden was a tireless worker, sitting on numerous parliamentary committees, and he played an important part in the impeachment by the House of Commons of the King’s Chief Minister, the Earl of Strafford, for high treason. His greatest skill, however, lay in his ability as a tactician and in his persuasiveness. When, in the Short Parliament of 1640, the King demanded twelve subsidies in return for abolishing Ship Money, Hampden proposed “That the question might be put whether the House would consent to the proposition made by the King as it was contained in the message”, to which the answer “No” was inevitable.

Similarly, when a quarrel broke out in the House in the early hours of the morning over the printing of the Grand Remonstrance, Hampden averted bloodshed by “a short speech of great sagacity and calmness”. He was also a shrewd judge of character, recognising the potential of his cousin Oliver Cromwell when the future Lord Protector was still a humble back-bencher.

As one of the Five Members, Hampden narrowly escaped arrest by the King on a charge of high treason in January 1642. The incident appears to have strengthened his militancy, for it was he who proposed that the King place the Tower, the Militia, and the principal forts in Parliament’s hands. When Charles’s refusal made war inevitable, Hampden was appointed to the Committee of Safety – the Parliamentary War Cabinet. 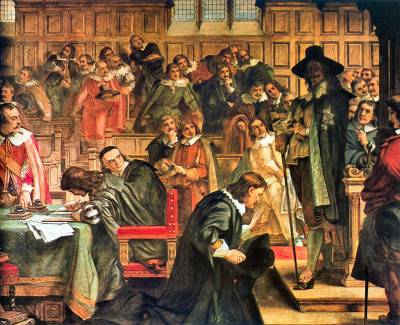