Perhaps the Society’s most successful activity to date was on 1st and 2nd September 2001, when two commemorative plaques were unveiled in Grampound, Cornwall, to mark John Hampden’s first entry into Parliament as the ancient borough’s MP in 1621.

From Wednesday August 29th to Saturday 1st September the Society’s exhibition was on display in Grampound Primary School; attracting a considerable amount of interest. 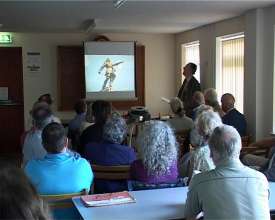 On Thursday and Friday evenings two different illustrated talks on John Hampden and his times were given by Graham Barfield (left) and Roy Bailey at the Bowls Club.


These talks were well attended by local people and visiting members of the Society.

On Saturday 1st September the Society, in association with Grampound with Creed Parish Council, hosted a reception in the school, at which the guest of honour was Lady Mary Holborow, Lord Lieutenent of Cornwall. This was followed by the unveiling of a commemorative plaque by the Society’s Patron, the Earl of Buckinghamshire, on the house where John Hampden is said to have stayed in 1621. A guard of honour was provided by members of Colonel John Hampden’s Regiment of Foote of the English Civil War Society. 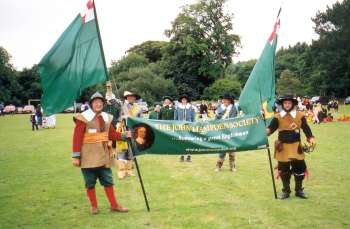 Later that day members of the Society were given the honour of leading the annual Carnival Parade through the streets of Grampound.
Our pictures show the Society’s members forming up behind the banner, carried by Graham Barfield and John Seal (left), and marching out on to Fore Street (below left). 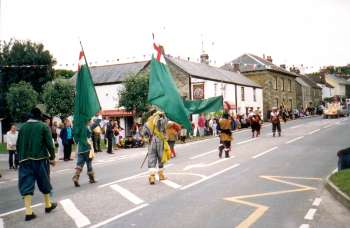 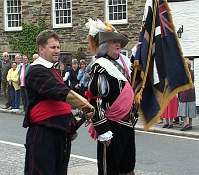 Here they were challenged by Royalists David Miller and Peter Williams (below), before being allowed to continue. 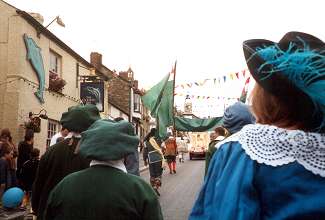 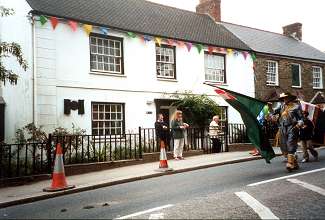 Other members of the Society, wearing 17th century dress, marched in the procession, and on the return, Hampden’s Greencoats lowered their standards to salute the plaque on Trevail. 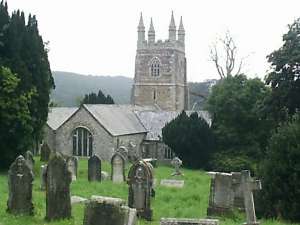 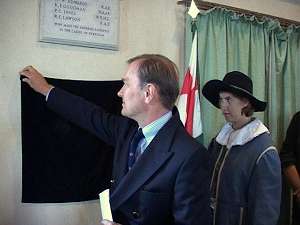 On Sunday 2nd September a special service was held in the parish church of St. Crida, where John Hampden would have worshipped, after which.the Society’s Chairman, Lord Hollenden, unveiled another plaque (below). 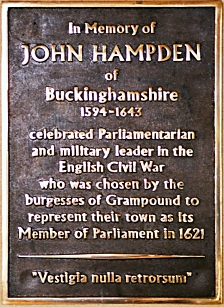 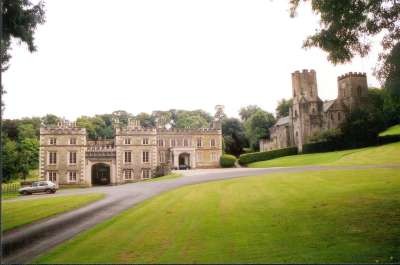 The events of the week culminated in a visit by members of the Society to Port Eliot (above), home of the Earl of St. Germans, to view the Walker portrait of John Hampden. 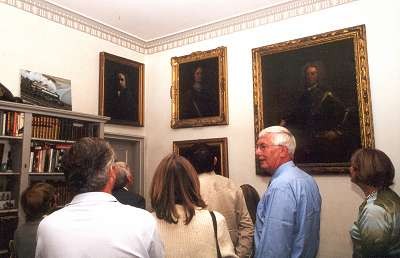 The portrait, top centre in this photograph, is said to have been given to Sir John Eliot’s elder son by John Hampden’s son Richard, and is considered to be the only authentic likeness of Hampden in existence.