The Launch of John Hampden’s Ale 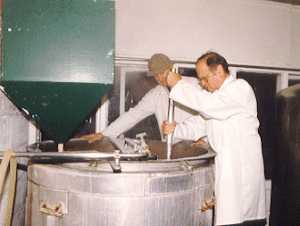 In 1995 the Society co-operated with the Chiltern Brewery of Terrick, near Aylesbury, to produce John Hampden’s Ale (left), a premium bottled pale ale.

The first brew was mashed in September by Lord Buckinghamshire (right), who also launched the ale a few weeks later (below), pronouncing it, ‘the finest ale since 1642!’ 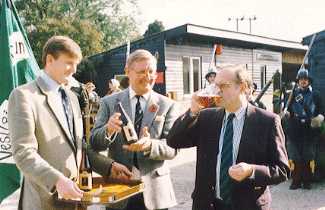 John Hampden’s Ale has since become part of the national portfolio of a major supermarket chain, and has won a number of awards.