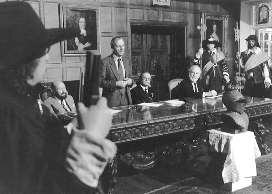 The John Hampden Society was founded on 27th October 1992 at a ceremony (above) in the Great Hall of John Hampden’s ancestral home, Hampden House, with the following aims and objectives:

(These aims and objectives were amended in 2003 when the Society achieved charity status.) 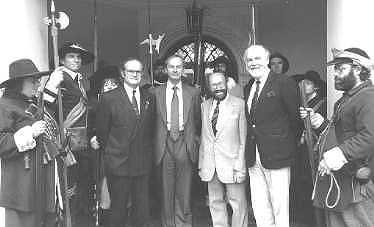 A Guard of Honour was supplied by members of Colonel John Hampden’s Regiment of the English Civil War Society under the command of Captaine Derek Lester (above, second left), and the inauguration was attended by representatives of local heritage organisations and local government dignitaries, as well as by press & television.

The Society received a letter of congratulation on its formation from The Rt. Hon. Betty Boothroyd, MP, Speaker of the House of Commons, in which she spoke of John Hampden’s lasting contribution to the securing of modern Parliamentary freedoms.