Beth was brought up in High Wycombe, and discovered John Hampden as a “local historical celebrity” at primary school. The fascination continues!

She has had a long career in business education, commercial roles in the information technology sector and consultancy. Currently, she is a Visiting Fellow at one of Europe’s top business schools, has a non-executive director role, and coaches some micro-businesses.

Beth is the author of research articles and business books, the latest having hit the Amazon UK top ten in its category in November 2020.

Our interest in John Hampden stems from genealogical research studies that my wife and I have been undertaking for several years. In 2014/15 we had a breakthrough after we received some historical papers relating to the ancestry of my wife Helen from the archives of a family member . We discovered that Helen is the 9th Great Granddaughter of John himself. We then got in touch with the JHS who were most helpful in providing what resources and information they had.

Following this I decided to take out a family membership of the Society in 2015, our very first AGM being held at Hampden House! In 2016 I volunteered to join the Trustees as Membership Secretary. The role involves keeping the membership list up to date, dealing with new membership enquiries and renewals. I have worked hard to bring members’ subscription renewals to the common payment date of 1st January. This greatly simplifies the administration of membership subscriptions. Living in Bournemouth means I join in committee meetings via Skype/Zoom. This means that I can be actively involved even whilst living quite a distance away from the other trustees. 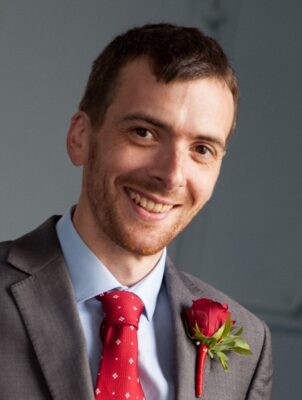 My interest in John Hampden has it roots many years ago when, as a small child, we visited my paternal grandparents and my grandfather proudly showed me the family bible in which was a sheet showing our descent from John Hampden the Patriot right down to the entries showing my birth and then that of my younger sister. Unfortunately following his death, the bible disappeared from the house and has never been traced. Much work has since been done on our family tree and this is still ongoing.

When I heard about the Society, my husband and I decided to join. I soon became a member of the Executive Committee and was then coerced into taking the minutes of meetings, being officially elected to the position of Hon. Sec. for the usual period of three years, over 20-years ago, which position I still hold!

One of the most memorable events run by the Society to my mind, was the 10th anniversary lunch held in the autumn of 2002. This was an authentic 17th century meal starting at lunchtime and lasting all afternoon. It took place in the Great Hall at Hampden House on a day when, due to a gale, the power was cut off and as it became dark we had to resort to candles to illuminate the room, making it very atmospheric. Another memory was the day when my elderly mother took a phone call whilst I was at work and told me that John Hampden had phoned to give his apologies for the meeting that evening! I have never found out who it was making the phone call as three committee members did not attend and I had received no other apologies. 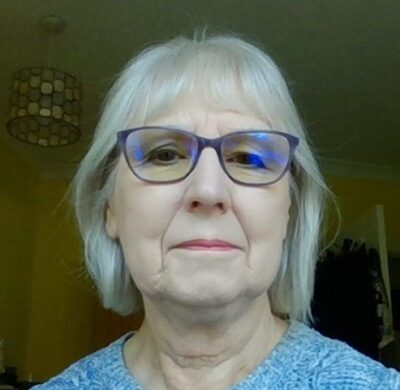 I was born and grew up in Amersham, Bucks. As a young boy I began learning about John Hampden at my grandfather’s knee. I joined the Society in 1999 and almost immediately became the Society’s treasurer, a post that I relinquished for a period from 2009 to 2013. My regular duties include maintaining the financial records, producing the annual accounts, preparing the annual gift-aid return and liaising with the membership secretary about members’ subscriptions.

I led the project that in 2003 culminated in the conversion of the Society into a charity. For many years I have delivered talks for the Society throughout my home county of Buckinghamshire and have regularly contributed articles to The Patriot newsletter.

I live in Chiswick close to the sites of the battles of Brentford and Turnham Green in which Hampden and his regiment played a prominent part. In 2006/7 I represented the Society on the task force that designed and erected information boards along a trail through these battlefields. I was a member of the team that devised and implemented the Society’s new website in 2016.

I worked for many years on the finance side of the construction industry in the UK and overseas. Towards the end of my business career I spent 15 years working for Historic Royal Palaces. I am a retired trustee of the Thomas Layton Trust and the Chiswick Parochial Charities. 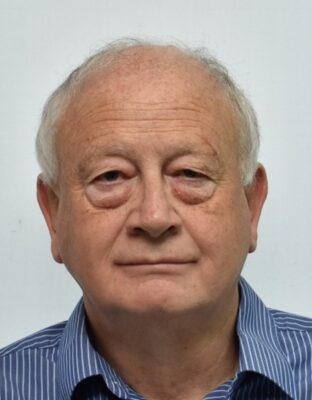 My family and I have lived in Buckinghamshire for over 50 years and I take a keen interest in local affairs and local history. Amongst my many interests I am a trustee of several charities including the Amersham and Chiltern Rugby Club of which I am past President. I am particularly interested in climate change adaptation and am chair of the Glacier Trust’s board of trustees.

I am a member of the management board of the New York based International Fine Print Dealers Association and was for many years Vice Chairman of the Society of London Art Dealers. I have had a career of over thirty years in the art world, first at Christie’s and then as Managing Director of the Harlech Fine Art Group. I founded Berkeley Square Gallery in London and now own Osborne Samuel a London Gallery specialising in modern British art and art from emerging markets. The gallery regularly publishes books and catalogues on its specialist subjects. I lecture on the art business and new markets. 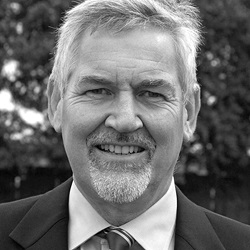 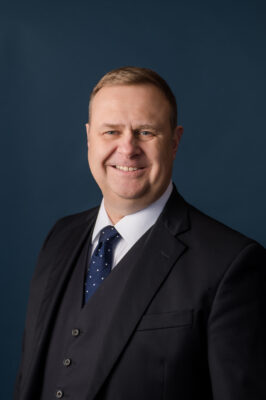